Thunderous Cave is a dungeon area located on Donar Island, full of Electric Type Coromon. Deeper areas of the cave become dark enough that it limits the player's visibility of the map and causes encounters to start off with the Twilight weather condition. Visibility in these areas can be increased by wearing the Worker Helm or activating the trait Bright Light.

Thunderous cave has 4 floors, divided into 5 areas in total. Several trainers and items can be found here. 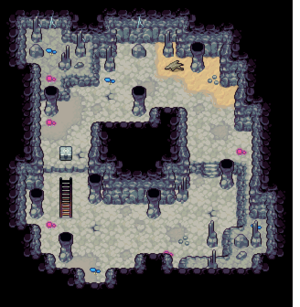 A small area underneath the first floor of the cave can be accessed through a ladder on F1. It is shrouded in darkness and is the only spot in the demo version of the game where Lunarpup can be encountered. 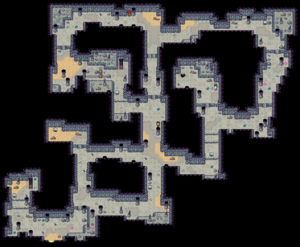 The starting floor of the cave that has a ladder on the right side leading to BF1 and the left side has a ladder leading to F2. It contains two Coromon spawning zones, South (A) and North (B). 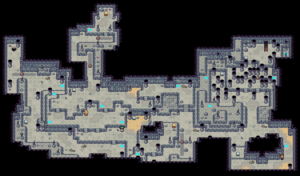 The second floor of Thunderous Cave. It has rock puzzles and contains several chests and hidden items. It leads to F3. It's the only spot in the demo version of the game where Gauslime can be encountered. 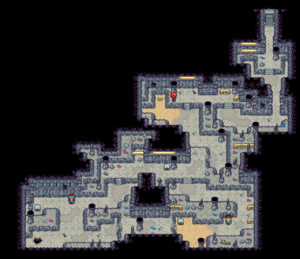 The third floor of Thunderous Cave leading to the Fuse Room. It contains two Coromon spawning zones, South (A) and North (B). 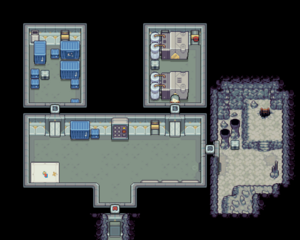 This area is at the end of the cave. Where Thomas is stuck. the player has to overcharge the Fusebox with their Coromon to save him and gain access to the ladder on the right which will lead back to the first floor near the entrance.

This theme plays when the player is inside Thunderous Cave, the sound of of dripping water is also heard while it is playing. (For Mobile Users, click here)

Retrieved from "https://coromon.wiki.gg/wiki/Thunderous_Cave?oldid=13154"
Category:
Cookies help us deliver our services. By using our services, you agree to our use of cookies.